Aave is an open-source and non-custodial protocol to earn interest on deposits and borrow assets with a variable or stable interest rate. It also enables ultra-short duration, uncollateralized flash loans designed to be integrated into other products and services.

Aave began as ETHLend in 2017 after it raised $16.2 million in an Initial Coin Offering (ICO) to create a decentralized peer-to-peer lending platform. Later, they rebranded to Aave when they switched to a liquidity pool model. Aave launched the Aave Protocol in 2020, an open-source and non-custodial liquidity protocol where users can earn interest on deposits and borrow assets.

What Is Aave (AAVE)?

Aave is a decentralized finance protocol that allows people to lend and borrow crypto.

Lenders earn interest by depositing digital assets into specially created liquidity pools. Borrowers can then use their crypto as collateral to take out a flash loan using this liquidity.

Aave (which means “ghost” in Finnish) was originally known as ETHLend when it launched in November 2017, but the rebranding to Aave happened in September 2018. (This helps explain why this token’s ticker is so different from its name!)

AAVE provides holders with discounted fees on the platform, and it also serves as a governance token — giving owners a say in the future development of the protocol.

Who Are the Founders of Aave?

Aave, and its predecessor ETHLend, were founded by Stani Kulechov. At the time, he was frustrated at the lack of lending applications on Ethereum — and his project was built before $2 even existed.

Kulechov is a serial entrepreneur who went to law school and began programming when he was a teenager. He was an early adopter in the blockchain space. The CEO has said that he wanted to rebrand ETHLend as Aave so the company could offer a wider range of services beyond Ether lending.

According to Kulechov, Aave’s main target market are people who are already engaged in the cryptocurrency community.

Aave has several unique selling points when compared with competitors in an increasingly crowded market. During the $2 in the summer of 2020, it was one of the biggest projects in terms of the total value of crypto locked in its protocol.

The project allows people to borrow and lend in about 20 cryptocurrencies, meaning that users have a greater amount of choice. One of Aave’s flagship products are “flash loans,” which have been billed as the first uncollateralized loan option in the DeFi space. There’s a catch: they must be paid back within the same transaction.

Another big selling point is how those who borrow through Aave can alternate between fixed and variable interest rates. While fixed rates can provide some certainty about costs during times of volatility in the crypto markets, variable rates can come in handy if the borrower thinks that prices will fall in the near future.

We found 8 people related to aave-aave, include Pablo Candela Andrade

We found 1 organizations related to Aave has Aave 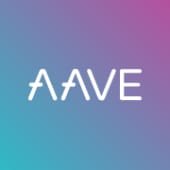