Bitcoin Cash is a peer-to-peer electronic cash system that aims to become sound global money with fast payments, micro fees, privacy, and high transaction capacity (big blocks). In the same way that physical money, such as a dollar bill, is handed directly to the person being paid, Bitcoin Cash payments are sent directly from one person to another.

What is Bitcoin Cash?

Bitcoin Cash (BCH) is a cryptocurrency that intends to offer an alternative to the world’s oldest and most widely traded cryptocurrency, Bitcoin (BTC).

Launching in 2017, Bitcoin Cash was created by a group of Bitcoin users who disagreed with the roadmap proposed by the project’s principal developer group, Bitcoin Core, and who believed different technical decisions were needed to bring Bitcoin to a global audience.

Bitcoin Cash proponents tended to believe Bitcoin required modifications to make it competitive with traditional payment systems like Visa and PayPal. They also advocated for lowering the fees users pay to send transactions, preferring to shift these costs to other parts of the network.

How Does It Work?

Bitcoin Cash is settled using a larger block size (which is 4-8 times larger than BTC, depending on the use of Segregated Witness) to process transactions more quickly.

These transactions are quick enough that you could make a grab-and-go retail purchase with BCH (like a cup of coffee), but if you were making a large purchase such as a car or a house, you could opt for a slower, more secure cryptocurrency like BTC.

Ultimately, BCH is faster and features lower processing fees than BTC, but is still used less frequently as everyday cryptocurrency payments have yet to be widely adopted. Over time, many believe that greater awareness and complementary technological improvements and innovations will pave the way for BCH to serve as a leader in cryptocurrency payments.

Bitcoin Cash is a decentralized peer-to-peer electronic cash system that does not rely on any central authority like a government or financial institution. As such, it represents a fundamental redesign of the very nature of money. The core features of Bitcoin Cash are:

We found 6 people related to bch-bitcoin-cash, include Jason Cox

We found 1 organizations related to Bitcoin Cash has Bitmain 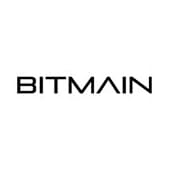