What Is Bitcoin Gold (BTG)?

Bitcoin Gold was founded in 2017 to become a user-friendly alternative to Bitcoin. The BTG network aims to combine the security and sturdiness of the Bitcoin blockchain and its characteristics with the opportunity for experimentation and development.

BTG enhances and extends the crypto space with a blockchain closely compatible with Bitcoin but without using resources like Bitcoin hash power or vying for the "real Bitcoin" title. The company aims to present a coin with the implementation capabilities of Bitcoin, however, expanding on the opportunities for DeFi and DApp developers to use the coin.

Who Are the Founders of Bitcoin Gold?

Bitcoin Gold was founded by a group of enthusiasts with diverse backgrounds and skills. Hang Yin is a co-founder and lead developer at Bitcoin Gold. He graduated with a degree in computer science from Fudan University in 2015. His professional career started right after he graduated. In late 2015, Yin became a software engineer for Google. After three years with the tech giant, Hang Yin decided to venture into entrepreneurship by starting Bitcoin Gold. In 2018, he also participated in the founding of HashForests.

Martin Kuvandzhiev is the second co-founder of Bitcoin Gold, and he is also a board member at the company. He graduated with a degree in computer software engineering from the Technical University of Sofia, and his professional path started as a food service worker at McDonald’s. In 2015, he became an assistant professor at the Technical University of Sofia, and in 2016, he started a job as a lead iOS developer at phyre JSC. Since co-founding Bitcoin Gold in 2017, he has also launched another company called GoStartups.net. Currently, Kuvandzhiev is also the CEO of Assetify.

As an open-source protocol, Bitcoin Gold allows developers to participate in the governance and development of the blockchain freely. According to the company, this is a must-have requirement for pushing decentralization and one of the major points where Bitcoin struggles.

Bitcoin Gold is one of the first hard forks of the original cryptocurrency, which has attracted institutional and enterprise investors’ attention. BTG is available on a wide variety of exchanges, as well as swap services and wallets. Lastly, Bitcoin Gold has been actively adopted by several online browsers and service providers.

How Is the Bitcoin Gold Network Secured?

As a Bitcoin hard fork, Bitcoin Gold relies on the proof-of-work (PoW) consensus mechanism. However, one of BTG’s main goals was to revolutionize the mining process by introducing the Equihash PoW, which favors GPUs for mining, unlike the Bitcoin blockchain.

While Bitcoin relies predominantly on application-specific integrated circuit (ASIC) miners, This version of Equihash uses more memory than an ASIC can offer but runs fine on many graphics cards. Unlike the Ethereum blockchain, which relies on the proof-of-stake (PoS) mechanism and favors stakeholders, Bitcoin Gold places importance on the processing power miners have. 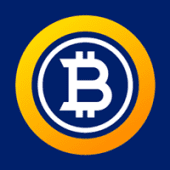