What Is Chiliz (CHZ)?

Chiliz is the leading digital currency for sports and entertainment by the eponymous Malta-based FinTech provider. It operates the blockchain-based sports entertainment platform Socios, which enables users to participate in the governance of their favorite sports brands. Multiple fan tokens by Socios.com are an example of that. For sports clubs and associations, fan tokens offer a way of connecting with their fans and unlocking new revenue streams.

For instance, fans can participate and influence club-related decisions through surveys and polls, such as messages the captain should wear on his armband. The company aims to bridge the gap between being an active and a passive fan. Chiliz has developed partnerships with some of the biggest sporting institutions in the world: FC Barcelona, Manchester City, Juventus Turin, and Paris Saint-Germain. It also boasts partnerships with the UFC and gaming organizations. By purchasing CHZ, fans get access to various fan tokens and literally have a stake in their club.

Every sporting organization using the Chiliz technology has a limited supply of fan tokens that are offered at an initial FTO (fan token offering). These tokens are offered on a first-come-first-serve basis, with the opening price and fully diluted market cap disclosed by Chiliz beforehand. The native CHZ token is used to purchase fan tokens and acts as the platform’s internal currency. Fans can then vote on the Socios platform with their fan tokens, a process made possible using smart contracts. Clubs determine the amount of influence fans have. Decisions can range from new jersey designs to deciding team matchups in exhibition games.

Chiliz pioneered direct participation for average sport fans in the decision-making process of clubs and organizations. The company is constantly creating new ways for fans to engage, with the establishment of the Chiliz Blockchain Campus, a privately-owned crypto incubator focused on accelerating blockchain technology adoption across Asia and Europe as an example. The company estimates to be at about 10% of its potential, despite the fact that it will likely have 80-100 teams as a part of its network by the end of 2021.

We found 5 people related to chz-chiliz, include DIRECTOR OF CORPORATE AFFAIRS James Newman

We found 1 organizations related to Chiliz has Chiliz 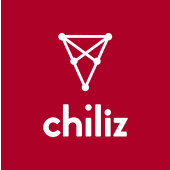