Decred is a hybrid proof-of-work proof-of-stake (PoW/PoS) cryptocurrency with a strong focus on community input, open governance, and sustainable funding for development. It utilizes its hybrid consensus and on-chain governance systems to ensure that a small group cannot dominate the flow of transactions or make changes to Decred without the input of the community. The project funds its own development from a decentralized treasury.

Decred traces its origins back to April 2013 when a pseudonymous developer named tacotime responded to a thread on Bitcointalk stating that they had been thinking up a new cryptocurrency. Shortly thereafter, following a promise to share a technical specification of the idea, tacotime started a new thread, publishing a whitepaper titled "Memcoin2 (MC2): A Hybrid Proof-of-Work, Proof-of-Stake Crypto-currency". The proposal extended and combined the principles of both Litecoin and Peercoin, and was developed using btcd, the platform created by Decreds current developers.

Throughout 2013 tacotime attempted to coordinate development of the project with another pseudonymous individual named _ingsoc, eventually looking for a lead developer to get the project off the ground towards the end of the year. At the start of 2014 tacotime began work on another cryptocurrency, now known as Monero, becoming a part of the founding core team for the project. Nevertheless tacotime was still working on MC2 in the background.

In early 2014, _ingsoc approached Company Zero (CO) and CEO Jake Yocom-Piatt with tacotime’s MC2 concept, merging efforts to develop the Decred system. At the time, CO, formerly known as Conformal Systems, was an open-source software engineering firm that focused on privacy and security oriented solutions including btcd (eventually migrated to btcsuite), an alternative full node Bitcoin implementation written in Go. In late 2015. C0 published a series of blog posts outlining challenges they saw in Bitcoin and proposals for iterating upon it.

Ultimately, on December 12, 2015, Decred was announced as a solution to Bitcoin's perceived problems, which included inefficient governance and capture by core developers, lack of development funding, and excessive miner power over the Bitcoin network. The proposal was for "an open, progressive, and self-funding cryptocurrency with a system of community-based governance integrated into its blockchain." At the core of the project was a hybridized proof-of-work proof-of-stake (PoW/PoS) consensus system that aimed to strike a balance between PoW miners and PoS voters to create a more robust notion of consensus.

On February 8, 2016 the Decred mainnet launched along with the Decred constitution, a set of principles and guidelines that provide users a clear understanding of the social contract between themselves and the project. At launch, 8% of the total supply was pre-mined, with 4% used to compensate the developers and 4% air-dropped to 2,972 people who signed up.

In June 2017 Decred became the first blockchain to make a successful direct on-chain user-activated consensus vote. In October 2018 Decred's Politeia proposal system launched, allowing Decred users and stakeholders to propose, discuss, collaborate on, and fund new projects, initiatives, and consensus changes on an off-chain platform. Since then Politeia has been used for a wide range of governance decisions including research, bug bounties, and even public relations. Current initiatives launched on Politeia include privacy upgrades, support for Lightning Network, an expanded communications plan, and a decentralized exchange.

We found 2 organizations related to Decred has Company 0, Decred

A Chicago-based developement group for Decred. The company oversaw initial project development and the launch of Decred. Previously the company developed btcsuite - A suite of alternative full node bitcoin software written in Go, before leaving Bitcoin to work on Decred. 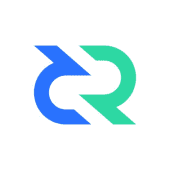