LooksRare is an Ethereum NFT exchange similar to Opensea and a community focused project. This is also one of the first NFT exchanges with an incentive and reward mechanism for all participants in the project such as Traders, Creators, Investors.

LooksRare now has a product and attracts a large number of users. 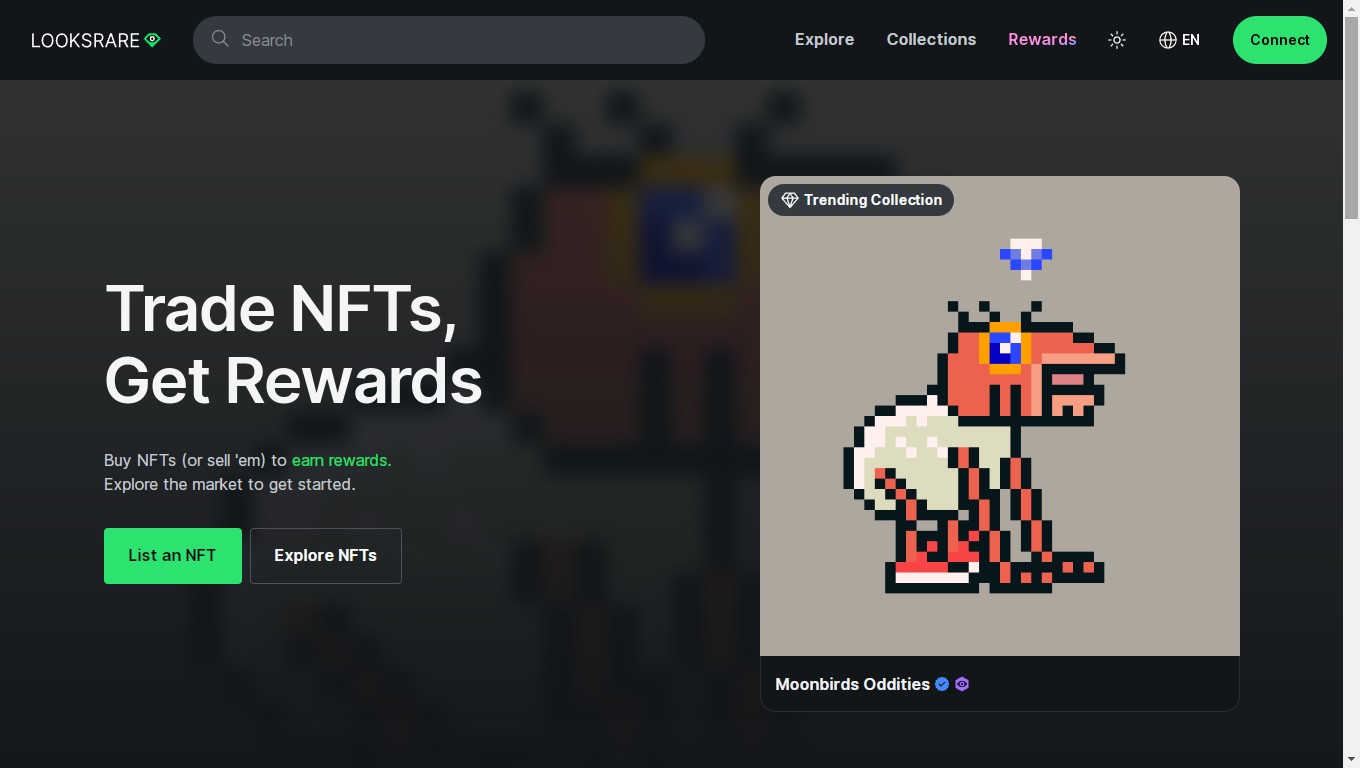 LooksRare had an Airdrop program at launch, the project spent 12% of the total supply of LOOKS tokens to attract users from Opensea.

LooksRare's strategy is clear, it's vampire attack Opensea, using incentives like Sushiwap used with Uniswap. Besides, LooksRare also announced the development of a few new features, LooksRare is not simply a "fork" of Opensea.

1 day after the announcement of the launch and airdrop, the trading volume on LooksRare on January 11 reached $322 M USD, almost double that of Opensea on the same day. Shows the charm of the LooksRare project.

Although just launched, LOOKS - LooksRare's token has been listed on many major exchanges such as FTX, Okex, Huobi,...

When holding LOOKS Token, users will enjoy the following benefits:

All of the above transaction fees will be divided among LOOKS Staker: LooksRare collects 2% on all NFT transactions (except private trading) on its platform.

At the time of writing, the profit from Staking LOOKS is 57,88% APY 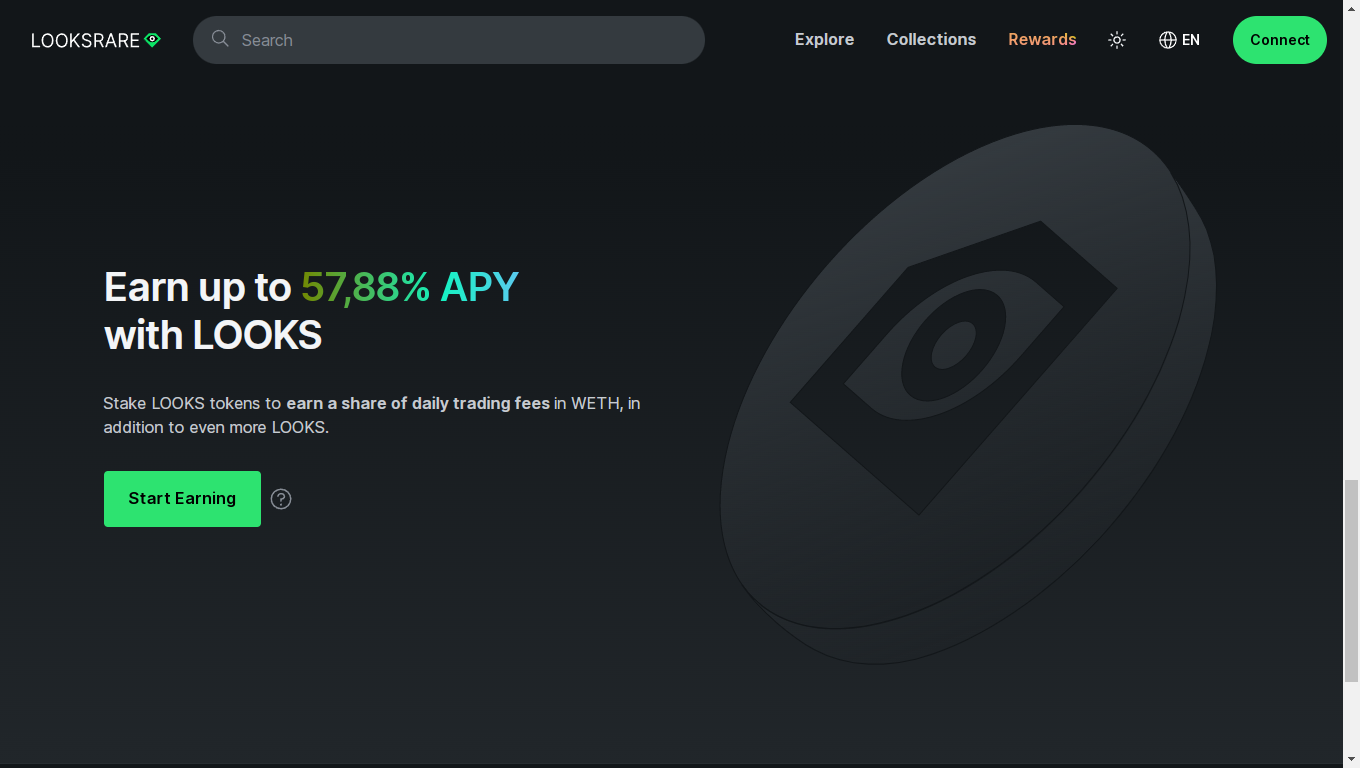 We found 0 people related to looks-looksrare, include