One of the main features of crypto is payment, or payment is a feature basis when forming a new economy. Litecoin was born to fulfil this need. Litecoin (LTC) is the peer-to-peer currency of the Internet and is decentralized similar to Bitcoin. It is the first cryptocurrency to implement the SegWit protocol. Charlie Lee, a former Googler, released Litecoin on October 7 2011, on the Github source code. His original goal was to create a lighter version of Bitcoin (BTC).

What is Litecoin (LTC)?

Litecoin is a peer-to-peer Internet currency that enables instant, near-zero cost payments to anyone in the world. LTC is an open-source, global payment network that is fully decentralized without any central authorities. Mathematics secures the network and empowers individuals to control their own finances. Litecoin features faster transaction confirmation times and improved storage efficiency than the leading math-based currency. With substantial industry support, trade volume and liquidity, Litecoin is a proven medium of commerce complementary to Bitcoin.

Litecoin was designed to be used for cheaper transactions and to be more efficient for everyday use. In comparison, bitcoin was being used more as a store of value for long-term purposes. The coin limit market cap is much higher on LTC than bitcoin, and the mining process far quicker. This means transactions are faster and cheaper, although generally smaller in size.

Like bitcoin, LTC is a form of digital money. Utilising blockchain technology, LTC can be used to transfer funds directly between individuals or businesses. This ensures that a public ledger of all transactions is recorded, and allows the currency to operate a decentralised payment system free from government control or censorship.

The two main differences are that Litecoin aims to finalize transactions faster and that it uses a different mining algorithm. On Litecoin, new blocks are added to the blockchain roughly every 2.5 minutes (as opposed to 10 minutes on Bitcoin).

While LTC requires more sophisticated technology to mine than bitcoin, blocks are actually generated up to four times faster. LTC also processes financial transactions a lot quicker, and can also process a higher number of them over the same time period.

LTC was released with 150 pre-mined coins and has a total supply of 84 million coins. The cryptocurrency’s blockchain generates a new block every 2.5 minutes. The Litecoin supply is designed to reduce overtime to preserve the coin’s value. As of April 2022, there are 14 million Litecoins left to mine.

The Skrypt algorithm allows transaction costs to be significantly reduced. LTC uses a hashing algorithm called Scrypt (pronounced es-crypt). Scrypt is more memory-intensive and slower than SHA-256. But it found greater acceptance in the cryptocurrency community after the 2011 Tenebrix project modified Scrypt to work with regular CPUs for mining.

Miners are rewarded in LTC for contributions. The halving event takes place every 840,000 blocks, roughly every 4 years.

We found 4 people related to ltc-litecoin, include Charlie Lee

We found 1 organizations related to Litecoin has Litecoin 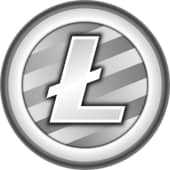