Metadium is the internet next generation identity protocol layer, built on blockchain. Metadium supports decentralized digital identity and acts as the heart of the Metadium ecosystem to securely deliver next-generation identities. This meta ID is capable of providing ownership of the identity to its users, allowing for autonomous identification.

Metadium supports the decentralization of digital identities by removing the need for individuals to trust a centralized authority to manage their own identities. In other words, through Metadium, individuals or data subjects do not need to rely on a central authority or any other actor in the ecosystem to verify their existence. This way users can claim who they are in the digital world and manage, secure and use their data in a decentralized way, wherever and whenever they choose. 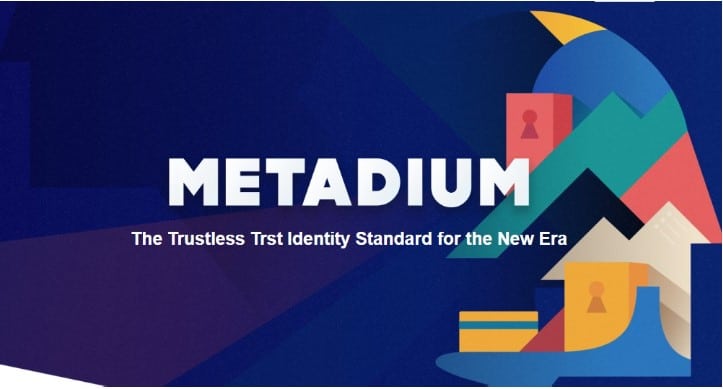 Metadium is a blockchain protocol for collecting trusted records of identity data transactions. At its core, the Metadium protocol facilitates a next-generation identity platform that is scalable, performant, and scalable.

The baseline of the protocol

Metadium is run by blockchain using “trustless trust”. As a decentralized ledger, blockchain is considered “trustless,” meaning there is no central authority controlling the process. Although the internet and online communities have grown rapidly, identities on the internet have been relatively overlooked. The project's PKI-driven identity ecosystem uses a protocol-based ideology to provide unquestionably distributed, trusted identities online without the need for a central authority.

While the Public Key Infrastructure (PKI) is still functional and is an enhanced system for identity, maintaining identity only managed by a centralized authority (CA) often causes problems data ownership and may face reputational issues. CAs are supposed to prevent data loss and leakage, and until recently, users had no choice but to trust CAs.

“Trustless Trust” means managing identities without effort or money. Metadium's decentralized PKI (dPKI) allows individuals to securely control the integrity of their virtual identities, and through Metadium, corporations and individuals take ownership of personal data. and control how, when, and with whom they share data.

Metadium autonomous identity ecosystem allows users to retain their nickname while verifying ownership and permissions. The user's mundane identity and personal data are not disclosed

Since blockchain supports pseudonymity and “distrust,” regulators have raised concerns about the adoption of that technology.

In business, systems or infrastructure that are not controlled are not easily accepted by key players. Despite the trustworthiness and transparency of the blockchain, it can be difficult to track malicious actions. In this sense, some of these problems can be partially solved through a deeper understanding of blockchain technology.

In addition to more extensive knowledge, the development of Meta ID was also aimed at creating a more comprehensive and efficient system. Incorporating “Trustless” blockchain technology into regulatory processes reassures individuals and institutions and encourages mass adoption. Metadium allows blockchain to be used practically, not just for transactional value. This means that users in the Metadium ecosystem can decide to use a regulatory compliant identity with attestation or an autonomous identity to add value.

Until recently, identity infrastructure has focused more on eligibility and purpose than on the intrinsic value of identity information. Of course, there are identity infrastructures dedicated to adding and preserving value. However, IPS is more likely to focus on preserving financial or ownership value. With the development of technology, the implementation of identity into IDoT devices, logistics, robotics, AI and smart cities will increase the need for information sharing and access. Assigning identifiers to devices and objects will be generated spontaneously. For example, the mass distribution of passports to meet increasing transportation requirements.

Although often thought to mean the same thing, verification and authentication are different factors. While verification can be conducted in a more cognitive approach, attestation requires a third-party notary or other publicly recognized intermediary. For example, the verification process adds value to an identity with a pseudonym, a relationship identity, or an identity of everything. However, for more substantial information requests or when proof of identity or authenticity is required, attestation is required.

Different types of certificates, such as exercise or ownership rights, also require authentication. Metadium supports both authentication and verification processes to create a holistic identity through Mea ID. 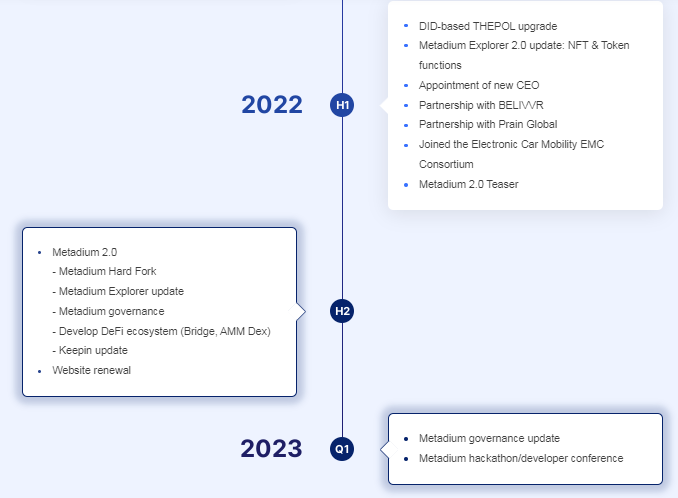 We found 6 people related to meta-metadium, include Co-Founder Ryan Uhr