Thereby, users can compete (challenge) with other players around the world just by having the skills of that sport, ambition and smartphone to take on challenges. sports against other players and the Dotmoovs will do the rest with AI-based referees to evaluate their performance making a final decision on the winner.

This is a place that allows players to trade NFT items or sports equipment including balls, shoes, ... with other players around the world. Players will have to use MOOV tokens to pay for most of the items and features on this Marketplace. 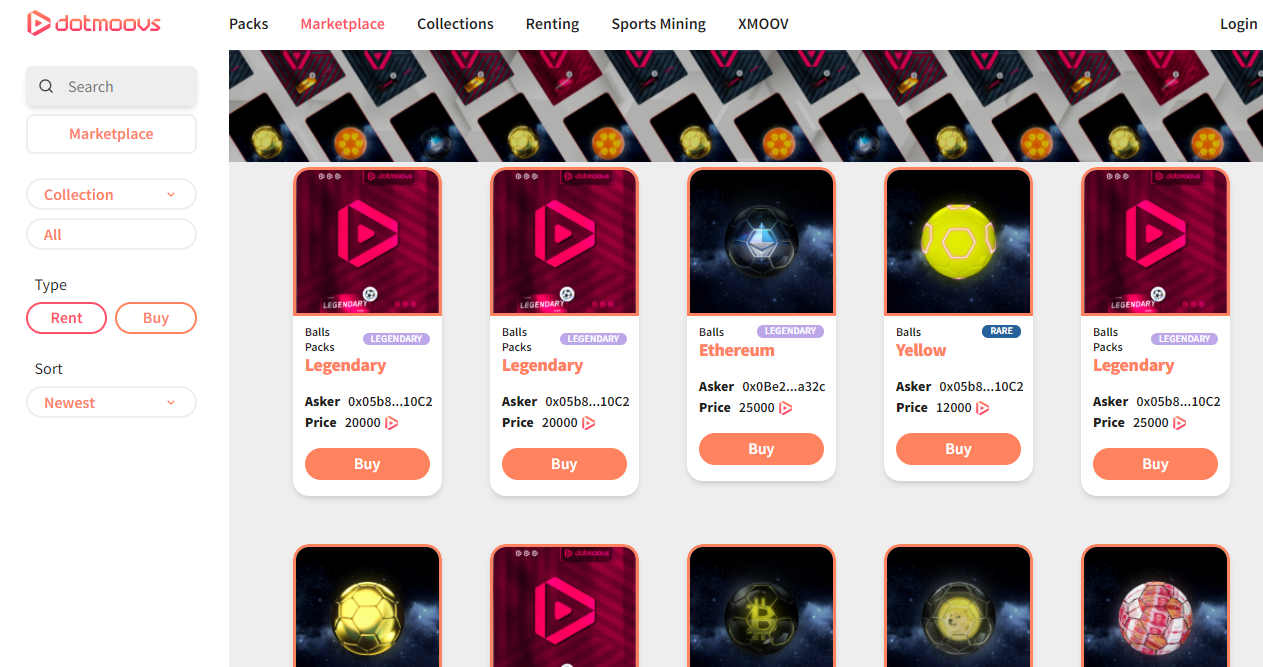 After having their own NFT, a player can decide to rent it to other players by including it in the Renting section of the Marketplace.

This means that other players who don't want the hassle or extra money to buy an NFT, they can simply choose one of the available NFTs to rent and start taking on challenges on Dotmoovs. 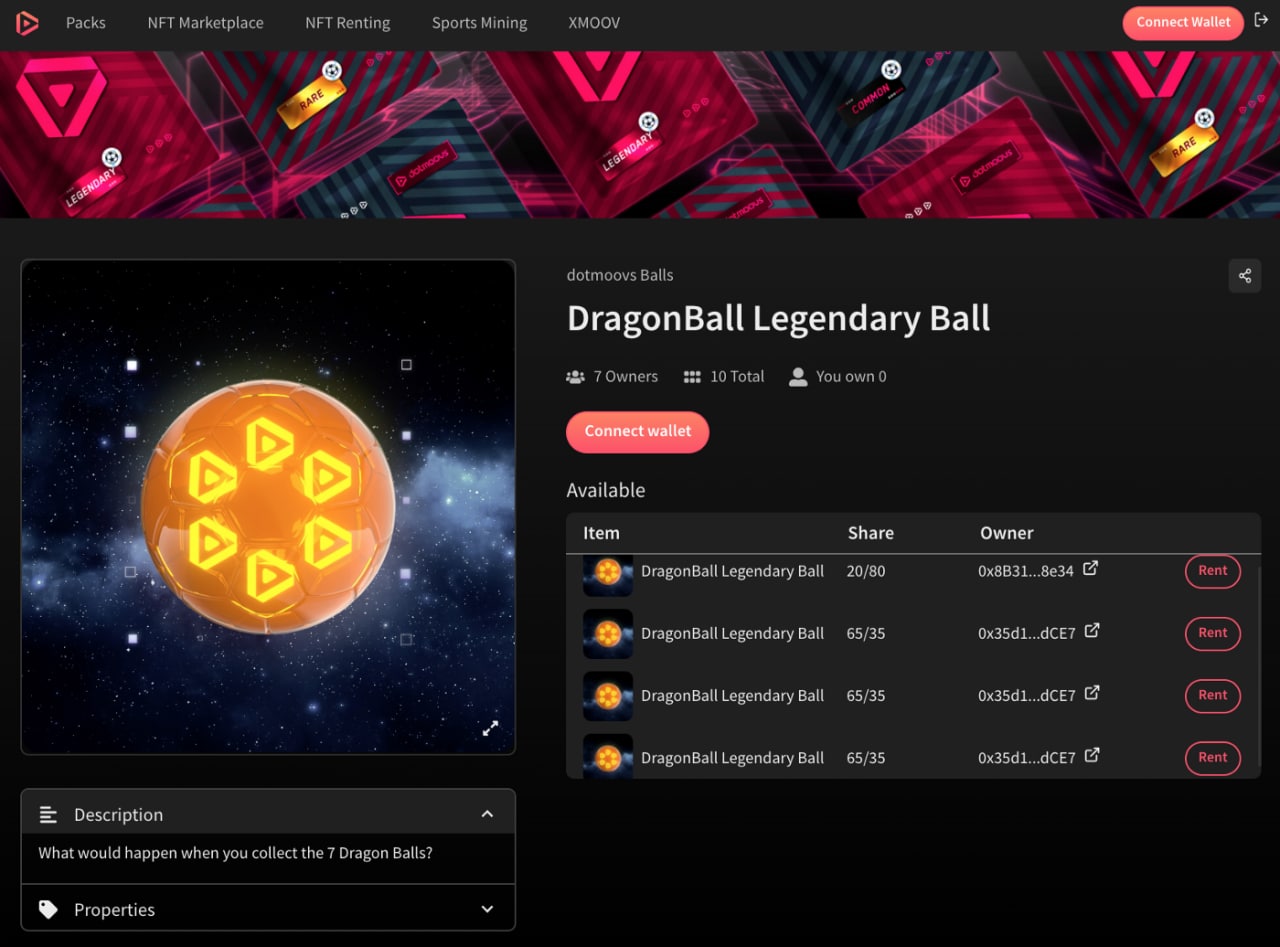 User can learn from the best and compete with other players by juggling his ball in many ways. Use your left foot, right foot, head, knee, etc. to achieve a high score, you must have practiced a lot.

In addition, users can also take part in some challenges with football players including Ricardo Quaresma – Portuguese footballer who plays as a winger, Quaresma has won 80 caps and played at three European Championships including winning Euro 2016 – partnered with Dotmoovs by paying out respective MOOV tokens.

This is probably a pretty calorie-burning feature and also interesting for some other Dancers, they can come through here to meet, practice, challenge with those Dances to be able to exchange and hone their experiences. more, in addition to being rewarded with MOOV tokens and NFT items for completing challenges.

In sports, the most special factor is still ensuring fairness, that's why Dotmoovs developed a secure platform with AI algorithms to detect fraud to access the video of the winner ( player) to have complete confidence in the outcome.

In addition, dotmoovs AI-powered skill refereeing will provide an unbiased view of performance in any supported sport on the platform, for an accurate and reliable rating. with each player.

Dotmoovs works with famous athletes from around the world – with invitations as ambassadors – amateur athletes and sports enthusiasts to ensure that the project can deliver a product that works for all. everyone.

The dotmoovs platform wants to create a fair ecosystem in which everyone can create communities, organize and host matches, tournaments or tournaments and create unique NFTs to expand the sports experience with access to a wide range of options for downloading their environments across multiple blockchains.