NEAR Protocol - NEAR Profiles

NEAR is a simple, scalable, and secure blockchain platform built to give developers and users the best experience.

What is Near protocol ($NEAR)?

Near Protocol, like Ethereum, is a smart contract-enabled blockchain that was released in 2020 to encourage developers to create and deploy more decentralized apps (dApps). NEAR blockchain to leverage the full advantage of NEAR’s ecosystem, including its high speed, scalability, sharding solutions, interoperability, and low fees. This blockchain, which is distributed across hundreds of machines worldwide, is structured in such a way that it is permissionless, performant, and safe enough to serve as a foundation for the future web’s decentralized data layer.

NEAR is a Proof-of-Stake Blockchain that uses sharding technology to achieve scalability. Sharding is the process of dividing the main blockchain into sub-chains or shards, much like a tree’s branches. Each branch or shard is capable of processing independently and has its own set of validators (or nodes). This way, each shard bears just a part of the entire weight. This construction unclogs the main chain and distributes the load horizontally, resulting in increased operating speeds.

The Near Protocol is not controlled by a single entity but is instead run by the computers that comprise its network. This enables developers to build apps and publish them on the blockchain without first developing the underlying infrastructure. NEAR is the Near blockchain’s native token.

The NEAR platform’s design and development are influenced by a handful of fundamental ideas. These ideas capture the underlying problems in today’s centralized and decentralized systems.

Usability: End users should find it smooth to utilize the platform’s applications, and developers should find it effortless to create them. Wherever feasible, the underlying technology should blend into the background or be totally invisible to end-users. Developers should employ familiar languages and patterns wherever possible during the development process. Simple apps should be easy and straightforward to develop, but more powerful applications should remain secure.

Simplicity: Each component of the system should be designed as simply as feasible in order to accomplish its primary function. Prioritize simplicity, practicality, and readability over theoretical perfection.

The Most Usable Layer1

The NEAR Protocol has been designed in such a way that any newbie from Web 2.0 or Crypto can rapidly and simply establish a presence in the Ecosystem. Numerous features enable end-users to interact with numerous operations in a straightforward and natural manner.

Cos of Sharding, NEAR’s scaling system is horizontal. Sharding is the process of distributing computing among several parallelized shards. When more hardware is added to a system, the overall processing power of the network is proportional to the number of CPUs in it. The more devices and nodes that support the validation process, the higher the network’s throughput.

NEAR employs a unique sharding design known as NightShade. NightShade expects that all shards join together to form a single block. Because each block contains transactions from all shards, each block modifies the state of all shards. No participant downloads the whole blockchain; instead, they just keep the state associated with the shards for which they validate transactions.

NEAR will be able to process 2500-3000 transactions per second with four shards. NEAR’s NightShade TPS may be made potentially unlimited by increasing the amount of shards. NEAR plans to introduce dynamic resharding in the future after it has a working mainnet with a set amount of shards. As a result, the network will have the ability to dynamically divide and combine its shards.

The NEAR team released their bridge solution in April 2021, which will enable users to move assets effortlessly from the Ethereum network to NEAR.  The bridge, dubbed the Rainbow bridge, will let token holders use their Ethereum-based assets to transfer to NEAR. They may then access dApps built on the NEAR protocol and take advantage of the underlying network’s fast finality and cheap transaction cost.

NEAR is EVM-compatible via Project Aurora. Aurora enables easy migration of Ethereum-based decentralized applications to NEAR, while also operating as an L2 on NEAR and exploiting its high throughput and scalability. It is powered by two vital components: the Aurora Bridge and the Aurora Engine. H

We found 3 people related to near-near-protocol, include Illia Polosukhin 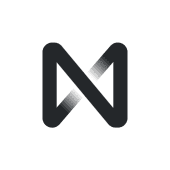 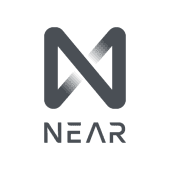