Neo bills itself as a “rapidly growing and developing” ecosystem that has the goal of becoming the foundation for the next generation of the internet — a new economy where digitized payments, identities and assets come together.

Initially known as Antshares, this project was believed to be China’s first-ever public blockchain when it was launched in February 2014. The open-source platform subsequently rebranded to Neo three years later.

As well as creating a worldwide community of developers who create new infrastructure for the network and lower barriers to entry, the team behind this project operate an EcoBoost initiative that’s designed to encourage people to build decentralized apps and smart contracts on its blockchain.

It’s often been likened to the Chinese version of the Ethereum network.

One of the unique selling points of the Neo blockchain concerns its continuous development, which helps ensure that it is futureproof and able to cope with sudden increases in demand. As mentioned earlier, the project has developed Neo 3.0 — enhancing network security and allowing a greater number of transactions per second to be processed.

Unlike many other blockchains, this network also has two native tokens: NEO and GAS. While NEO serves as an investment token and allows people to participate in votes concerning improvements to the blockchain, GAS is used to pay fees for the transactions that are being completed on the network.

Few other blockchain projects also run a development fund to the extent that Neo does. EcoBoost launched back in 2019, and it was billed as an initiative that provides “full life-cycle support for high-potential projects” — including

We found 7 people related to neo-neo, include Secretary-general of NEO Council Tony Tao

We found 1 organizations related to Neo has NEO 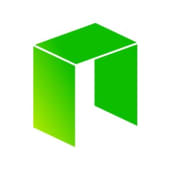