Ravencoin (RVN) is a fork of Bitcoin, focusing on the process of transferring assets between users, and at the same time orienting to improve the digital finance field.

Ravencoin is an experimental digital currency that enables instant payments to anyone, anywhere in the world. Ravencoin uses peer-to-peer technology to operate with no central authority: managing transactions and issuing money are carried out collectively by the network.

Ravencoin is a platform optimized for transferring assets such as

tokens, from person to person. Raven builds on the extensive development and testing of the UTXO model of the Bitcoin protocol.

Key changes include a one-minute block reward time, a change in the number of tokens issued but keeping the same weighted distribution schedule, and the addition of asset creation.

Ravencoin is free and open source. Like Bitcoin, All Ravencoins (RVN) are issued fair and publicly mined, transparently using Proof of Work (POW) using the x16r algorithm created for Ravencoin. There is no separate allocation for the project team, ICO sale…

Ravencoin prioritizes security, privacy, and censorship resistance. The project is open to use and development in any region and allows simple additional features for users based on need.

The primary goal of the Ravencoin (RVN) project is security and user privacy control. Used and developed as an open-source, Ravencoin allows users to perform simple functions depending on their needs. In addition, user information is also strictly managed to limit the situation of being attacked by hackers.

In fact, Ravencoin was born with the specific mission of transferring assets. The protocol is designed to create and transfer tokens that represent real-world assets, such as stocks, securities, gold, collectibles, event tickets, etc. In addition, based on Ravencoin, users can issue their own token.

As an open-source, the Ravencoin network is characterized by freedom and convenience. With Ravencoin, users are allowed to mine and issue tokens without the developer pre-allocating them.

The design of the Ravencoin project is not the same as fiat money. So users can self-monitor against censorship and certain permissions. In addition, users can use some other simple options if needed.

Ravencoin acts as an effective “message”. This protocol is capable of connecting developers with asset owners. It is known that this is also a prominent feature of Bitcoin that Ravencoin has inherited.

Thanks to the convenience of the connection, investors have the opportunity to seize the opportunity to earn more profits more effectively. Not only that, but Ravencoin is also capable of solving transaction problems between one user and another more quickly.

We found 2 people related to rvn-ravencoin, include Developer Jeremy Anderson

We found 1 organizations related to Ravencoin has Ravencoin 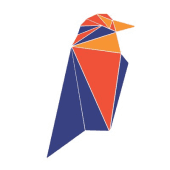