Notorious Bitcoin proponent John McAfee could be hiding in some underground residence, or a secluded island and away from public view. He could still be alive.

Samantha Herrera, the former girlfriend of McAfee – who is well-known for developing an anti-virus software in his name – claims he did not perish behind bars but escaped and is now living in the United States.

A new Netflix documentary entitled “Running with the Devil: The Wild World of John McAfee,” investigates the turbulent life and strange death of McAfee, including Herrera’s assertion that he is still alive and hiding in Texas.

The Mysterious Death Of A Bitcoin Superfan

Herrera maintains that McAfee did not commit suicide by hanging while awaiting extradition in a Spanish prison, but instead escaped.

“John called me from Texas after his death,” Herrera recounted. She says that McAfee begged her to flee with him and told her that only three people on earth knew he was still alive.

“It is I, John” Herrera says in the Netflix documentary. McAfee, she said, bribed people to pretend that he is dead, “but actually, he’s not,” she said. 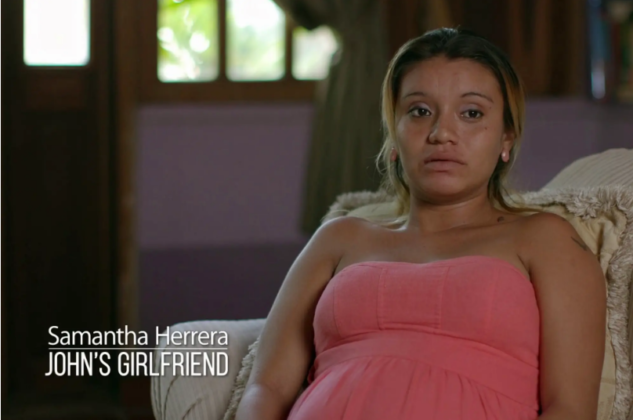 McAfee’s remains are reportedly being stored in a morgue somewhere in Spain. However, Herrera’s claims were unconfirmed since her narrative came out on the internet.

Herrera said that she and McAfee, who was residing in San Pedro, Belize, began dating when she was 18 and intended to get married.

After the mysterious death of his Florida next-door neighbor, Gregory Faull, the two fled the country in 2012.

The Netflix documentary, which premieres on August 24, is directed by Bafta-winning filmmaker Charlie Russell and takes a deep look into McAfee’s turbulent background through a combination of unedited footage and interviews.

McAfee Said He Would Eat His D*ick

During the ICO era, John McAfee’s eccentric conduct made him a celebrity of sorts within the Bitcoin industry.

He launched two initial coin offerings (ICOs) and developed what he called an “unhackable” Bitcoin wallet.

A former U.S. presidential contender and then-fugitive, McAfee was one of many who bought into the Bitcoin frenzy in 2017.

When asked whether or not he thought one Bitcoin will be worth $500,000 in three years, McAfee famously said:

“if not, I will eat my dick on public television.”

Well, after Bitcoin failed to hit half a million dollars, McAfee didn’t really do what he said he would do with his private part. And that “unhackable” Bitcoin wallet was almost immediately hacked right after launch.

“I don’t know what I think, and I don’t believe she does either… she says that, then looks at the camera, and I can’t tell if she believes it is true or not. She was quite angry with John.”

Is John McAfee still out there alive and kicking?

What do you think?