The Money Flow Index (MFI) is a technical indicator that measures the buying or selling pressure of an asset through price and volume.

What Is a Money Flow Index (MFI)?

Developed by Avrum Soudack and Gene Quong, the Money Flow Index (MFI) is an indicator that measures buying and selling momentum of a financial asset using both volume and price action.

The money ratio is used to assess the MFI, which ranges from 0 to 100. It can be used to identify price extremes and reversals with a variety of signals as it uses both volume and price. 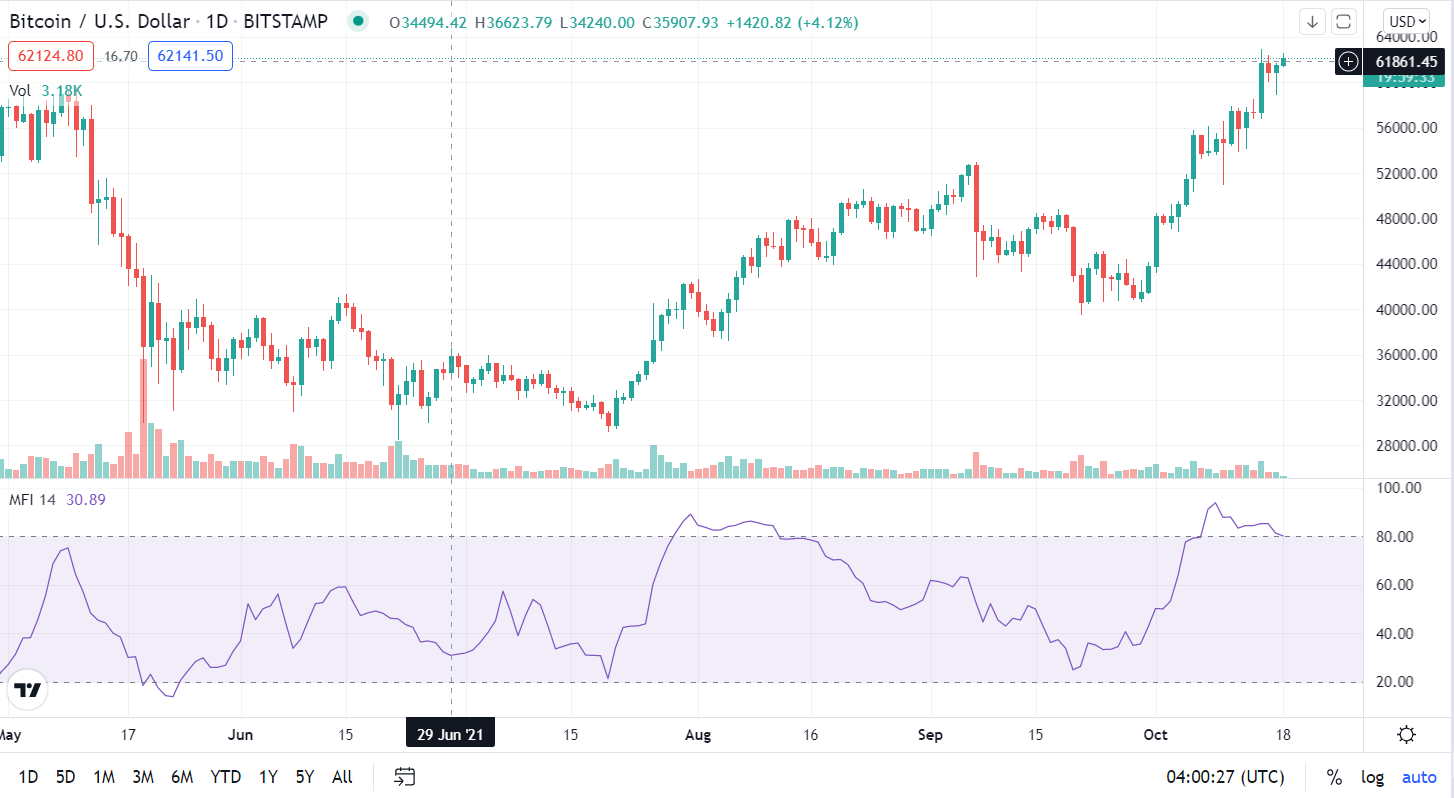 As shown in the MFI chart, a reading above 80 means that Bitcoin (BTC) is oversold and a price reversal to the downside can be expected. However, if you go back a little, when BTC was in the 40k range, the MFI indicator had a reading of 20 which meant that BTC is undersold both in terms of price and volume. After that, it has only gone up and is now in an oversold position on the daily chart.

The Money Flow Index is one of the most useful tools when it comes to analyzing a divergence in the chart of an asset. When the MFI oscillator moves in the opposite direction of price, it is called a divergence which implies an indication that the current price trend is reversing. Experienced traders avoid opening their trades when an asset is in the overbought territory due to the price reversal dangers.

MFI and the RSI are inextricably linked, however, they are not the same. The key distinction is that, unlike RSI, the MFI technical indicator takes volume into account. This is the reason why many market analysts prefer MFI over RSI, as the former offers indications and warns of potential reversals in a more timely manner than the RSI indicator.

What Is the Best Setting for Money Flow Index (MFI)?

Different traders rely on different settings, however, the most popular and recommended one is as follows: 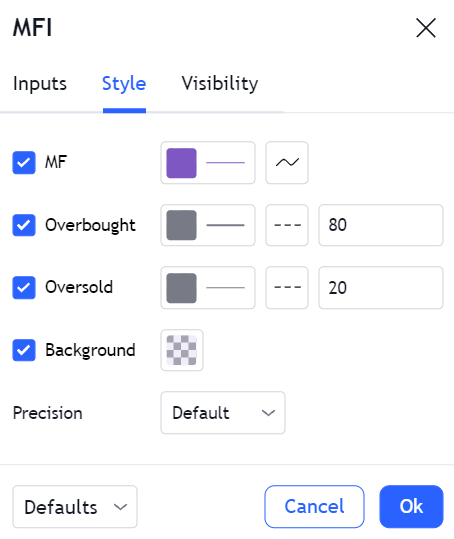 Here’s how you can calculate the Money Flow Index (MFI):

The Money Flow Index (MFI) is a reliable indicator, however, it can still offer misleading signals. This usually happens because of the lack of movement in the price action of an asset in the buying window suggested by the MFI indicator. Also, the MFI indicator may not offer consistent indications of price reversals, which is why it is important for a trader to use a variety of technical indicators such as relative strength index (RSI), Moving Average Convergence Divergence (MACD), on-balance volume (OBV indicator), Aroon indicator, stochastic oscillator, and others before making a buying or selling decision.